For all its strengths, Skyrim never got the questing aspect quite right. The game’s many questlines are fairly straightforward and predictable, and most of its dungeons are as well. Librum only touches the worst offenders among Skyrim’s vanilla quests, but it adds a great deal of new content to experience. Putting together dozens of curated quest and adventure mods, Librum’s new content totals to hundreds of new quests and new areas to explore, including more questlines than are in the vanilla game, and several extensive dungeon systems and expansive new lands. In compiling these mods, there were a few specific requirements I upheld (excluding many otherwise fantastic mods, unfortunately): 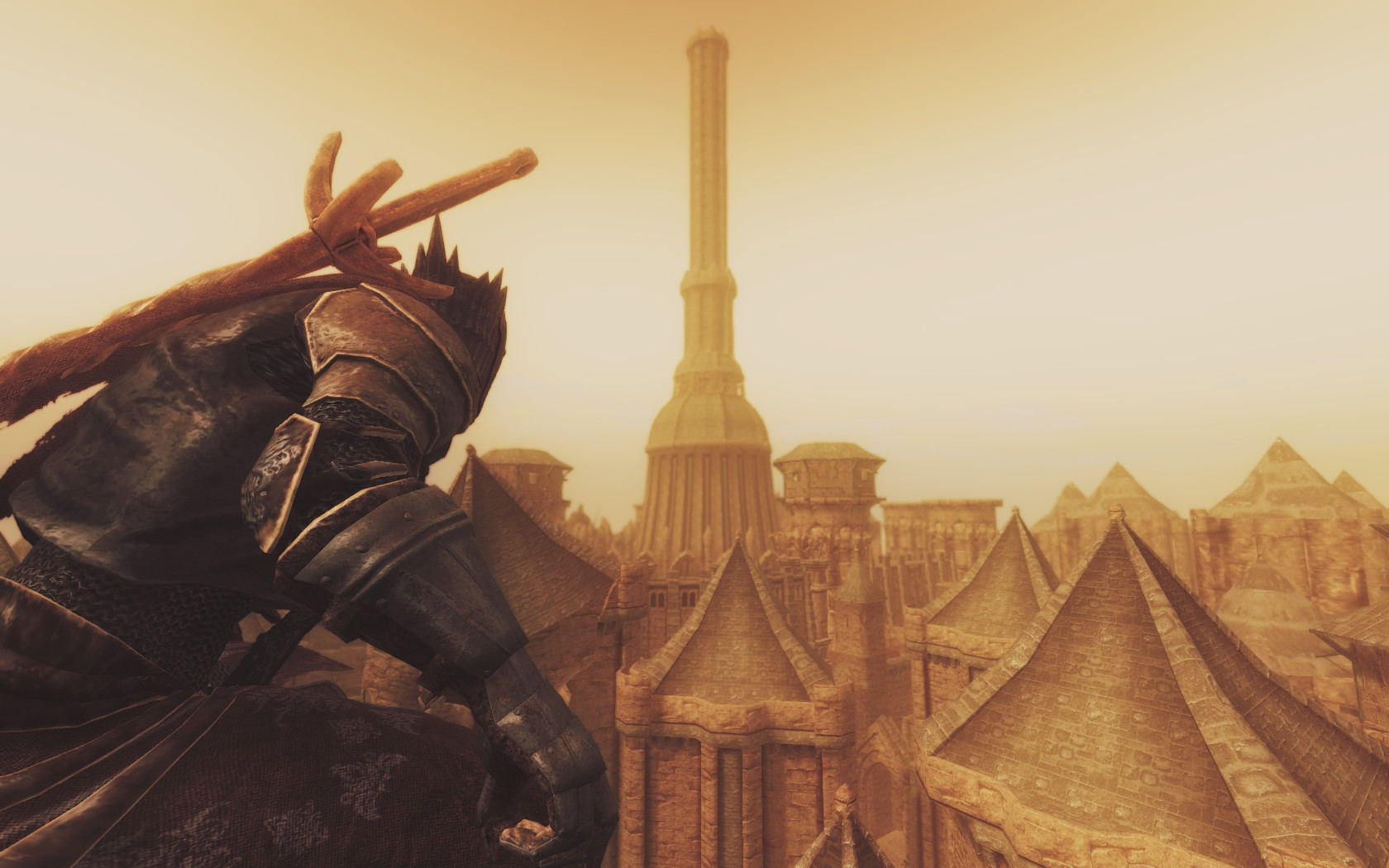 With that in mind, here are the major new quest mods included in Librum:

Legacy of the Dragonborn Legacy of the Dragonborn is, without a doubt, the largest museum curator simulator available for Skyrim. Legacy adds a large museum – the Dragonborn Gallery – to Solitude, in which you can store and display nearly any artifact from your collection (including those from the following mods). Not only that, Legacy adds a ton of new artifacts hidden around Skyrim, and it comes complete with a new archaeology guild and an expansive questline. Though it is hard to explain here, Legacy typically becomes the center of any playthrough that involves it.

Beyond Skyrim: Bruma The first release of the ambitious and far-reaching Beyond Skyrim project, Bruma allows you to explore the titular region in the north of Cyrodiil, which you may remember from The Elder Scrolls IV: Oblivion. Bruma is feature-complete, with a collection of excellent quests, locations, and characters; top-notch voice-acting; and a level of polish matching Bethesda’s own.

Vigilant Join forces with the Vigilant of Stendarr, to face a growing threat from the Harvester of Souls himself, Molag Bal. Vigilant features a huge, branching main quest, steeped in the darker sides of Elder Scrolls lore, with many secrets to uncover and difficult choices to make.

Project AHO Working with (or against!) the hidden Telvanni outpost of Sadrith Kegran, discover one of the best-kept secrets of Dwarven invention. Project AHO offers a beautifully-rendered DLC-sized area to explore, as well as a branching main quest and many Dwemeri secrets to unlock.

Clockwork Clockwork offers a fully-featured player home – the Chlodovech family’s Clockwork Castle, high in the Velothi mountains. Though it has not been touched in two centuries, you may lay claim to it as soon as you arrive. However, once in, the castle’s inhabitants may not let you leave. Uncover the secrets of the castle’s founding, and of its mysterious inhabitants, through a fleshed-out and horror-themed questline.

Moon and Star Explore the quaint Dunmeri village of Little Vivec, floating in the center of Lake Ilinalta. Though charged with protecting Little Vivec from a dangerous criminal, you may find that Little Vivec and its inhabitants are hiding more than it seems.

The Tools of Kagrenac The Tools of Kagrenac completes the story of Arniel Gane and the legendary dagger Keening; what happened to weaken Keening so thoroughly, and where are the remaining tools of the Dwemer smith Kagrenac? Delve through sprawling new dungeons and face challenging new obstacles, in order to uncover these secrets and claim the most legendary Dwarven artifacts for yourself.

The Forgotten City The only mod so far to win a National Writers’ Guild award, The Forgotten City offers a unique and enthralling mystery, set in its titular city in the far reaches of Skyrim. Investigate the inhabitants of the Forgotten City, solve intricate new puzzles, and travel through time to uncover a murder plot and escape back to the surface.

Moonpath to Elsweyr One of the great classics of Skyrim modding, but remastered for a modern experience, Moonpath to Elsweyr brings you south to the heart of the Khajiiti homeland in order to recover the legendary Staff of Indarys. Along the way, explore the alien jungles of Elsweyr, join forces with the Khajiiti rebellion, and gain access to the airship Dev Aveza.

The Wheels of Lull Return to Sotha Sil’s mysterious clockwork city, and take a trip through the stranger side of Elder Scrolls lore. Along the way, solve new puzzles and tread through Zelda-esque dungeons, unlock the fantastical weapons and equipment of Sotha Sil’s Chronographers, and explore alien landscapes, all in the labyrinthian expanse of Sotha Sil.

Teldryn Serious Teldryn Serious heavily expands the backstory of the mercenary Teldryn Sero, taking you around Solstheim once more in order to uncover a dangerous plot and defend Raven Rock.

Helgen Reborn A classic among Skyrim mods, Helgen Reborn gives you an opportunity to rebuild and revive the town of Helgen. Uncover a Thalmor plot, recruit and train your town guard, and participate in a ~bewildering and not-very-apropos~ secret fighting ring to reclaim the town and its legacy.

Midwood Isle A large new land with plenty of exciting features to explore, including a player home, two new shouts and eight spells.

The Notice Board The Notice Board overhauls radiant questing in Skyrim. In short, it adds two notice boards outside each major inn in Skyrim, which detail (a) miscellaneous quests you can undergo and (b) goings-on in the area. 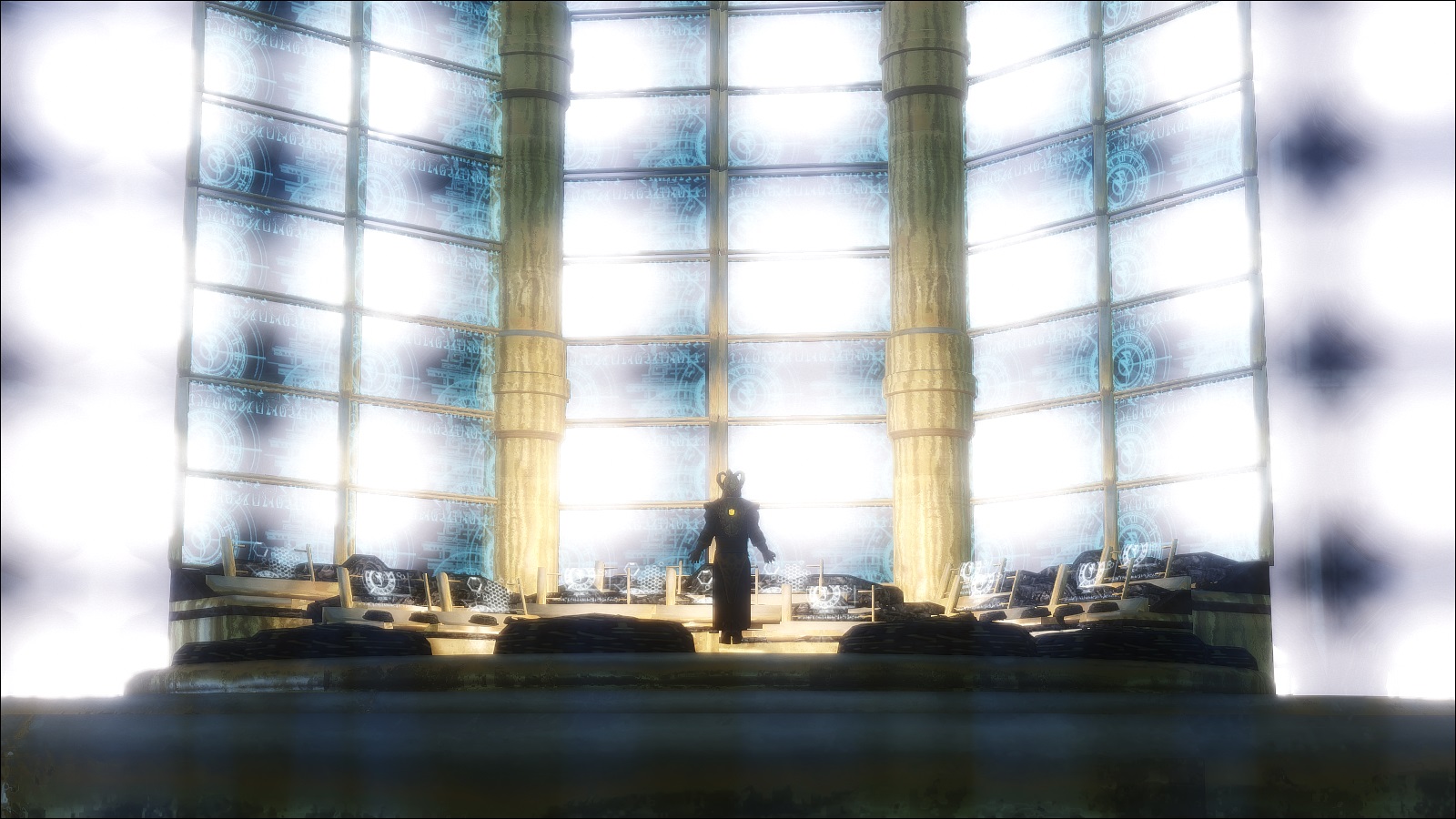 On top of these new quests and dungeons, Librum makes tons of improvements to vanilla quests and questlines:

Civil War Overhaul Finally, the civil war is hard to ignore. CWO restores all of the cut civil war battles Bethesda had planned, as well as improving the scope and AI of these battles, adding random sieges, and generally totally rewriting the civil war. Importantly, joining one side will cause the hold guards of the other to be hostile towards you.

The Choice Is Yours Most quests now have an opt-out option, in case you don’t actually want to go beat a priest to death three times in an obviously-haunted house.

Even Better Quest Objectives Vanilla Skyrim relies entirely on its map markers to get you places. In fact, they go so far as to not provide enough information to do any quests without blindly following the map markers. EBQO fixes this, by providing Morrowind-level (except actually correct) descriptions of your quest objectives.

Somebody Else’s Problem When Eltrys tells you to meet him to discuss the Forsworn Conspiracy, you can now tell him where to shove it.

Finding Helgi and Laelette This mod fixes what would havebeen an interesting investigative mission. You can now truly investigate the burnt house, for instance, and the quest involves more questioning and dialogue with NPCs.

Better College Application When Faralda asks you why you want to enter the college, your response now actually determines the spell you’re tested on. This is critical for Librum’s spell system, because it gives you a headstart in whatever school you want to focus on.

Save the Icerunner This fits into the general TCIY framework – if you don’t want to brutally murder a ship full of people, now you don’t have to.

Chill Out Aela When Aela asks you why you didn’t help fight the giant, you now have a third option to choose from (instead of just “Screw you!” and “I’m just a wimp!”).

End Times To double down on the NSFMQ pacing, you now need to kill Alduin within a set amount of time, or he will literally eat the world (and your game will be over). Good luck. 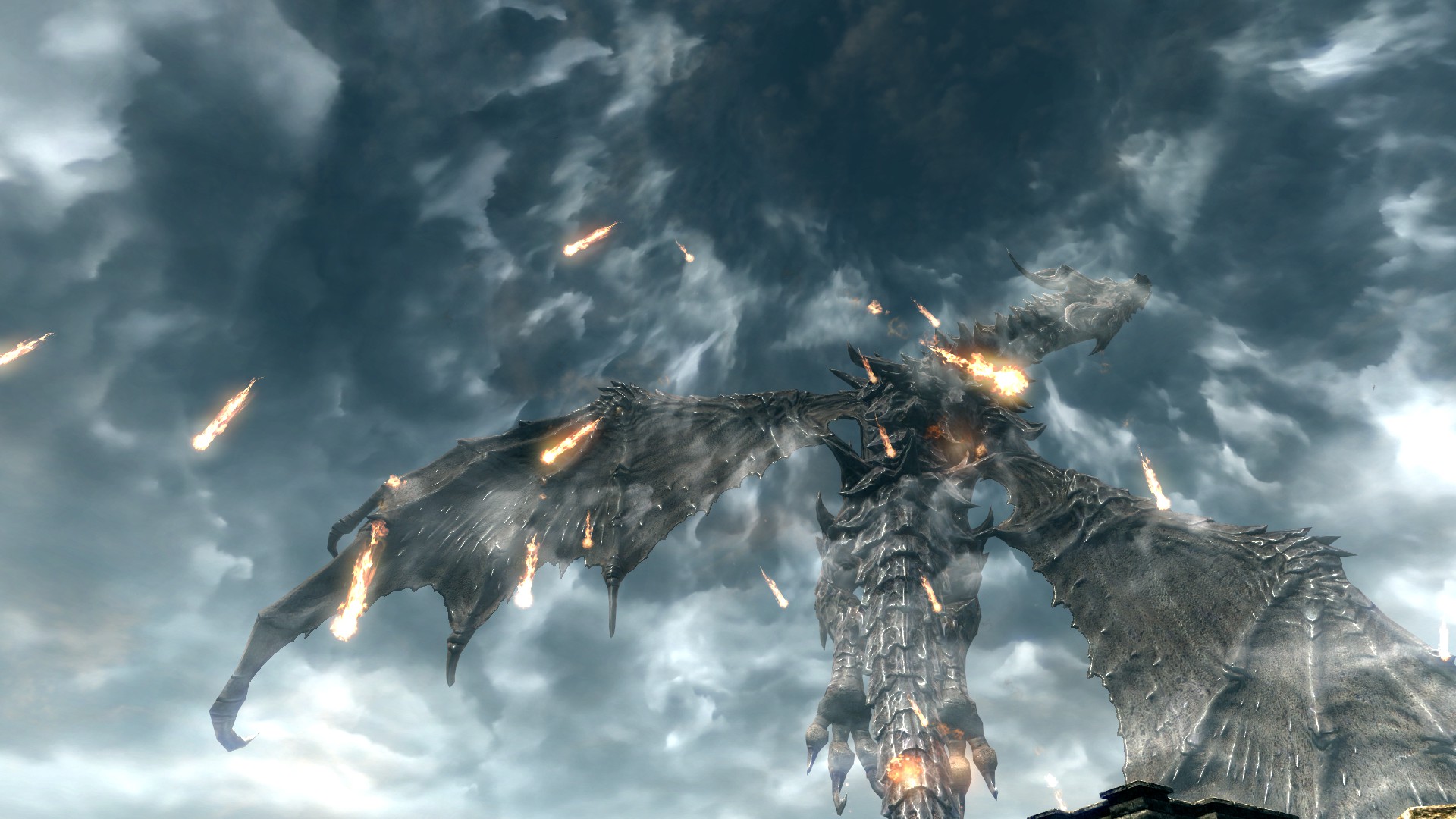 Now, one of my all-time favorite Elder Scrolls experiences is Daggerfall’s dungeon delving. Despite the numerous inaccessible areas and inescapable portal networks, there was something distinctly adventurous, epic, and psychologically rewarding about making your way through one of the game’s gargantuan dungeons. Librum attempts to recreate this feeling with its own suite of dungeon mods. Together, the following mods fill Skyrim (and Solstheim, and other game areas) with a healthy number of new caverns, ruins, and more – ranging from slightly-more-involved-than-vanilla to Daggerfall-style labyrinthine dungeons.

Skyrim Underground Skyrim Underground adds a gigantic network of dungeons below Skyrim’s surface. You can now travel from Solitude to Riften on foot, for instance, though you’ll have to uncover secret passages and face many new and powerful opponents to do so. Fit for its scope, it also adds many secrets to discover, from ancient artifacts to undead merchants and impromptu underground settlements. Skyrim Underground has been patched to be more lore-friendly, but I will continue this work in future versions.

Land of Vominheim With several islands to explore as well as plenty of dungeons and caves, you’ll find yourself immersed in Vominheim as you’re led primarily with written notes.

Darkend Expect to see beautiful environments and architecture, as well as terrifying foes that test your skills.

Konahrik’s Accoutrements This mod adds a great deal of new content surrounding Skyrim’s Dragon Priests. Use the forgotten field of Abjuration magic to collect and cleanse the Dragon Priests’ powerful new relics, and go back in time to explore the lost Dragon Priest temple of Revakheim.

Skyrim Sewers Skyrim Sewers adds sewer systems below Windhelm, Solitude, and Whiterun (and a few forts), bringing back the age-old Elder Scrolls experience of murdering rats, discovering secrets, and getting lost in the sewers.

The Lost Wonders of Mzark Far beyond Skyrim’s northern border, the great Dwemer lord Mzark left his final projects and greatest artifacts – but also his most clever traps and puzzles.

Bleak Falls Barrow Revisited Bleak Falls Barrow has been redone and significantly expanded, turning it from a cookie-cutter linear Skyrim dungeon into a mysterious and labyrinthine dungeon worthy of its in-game reputation. 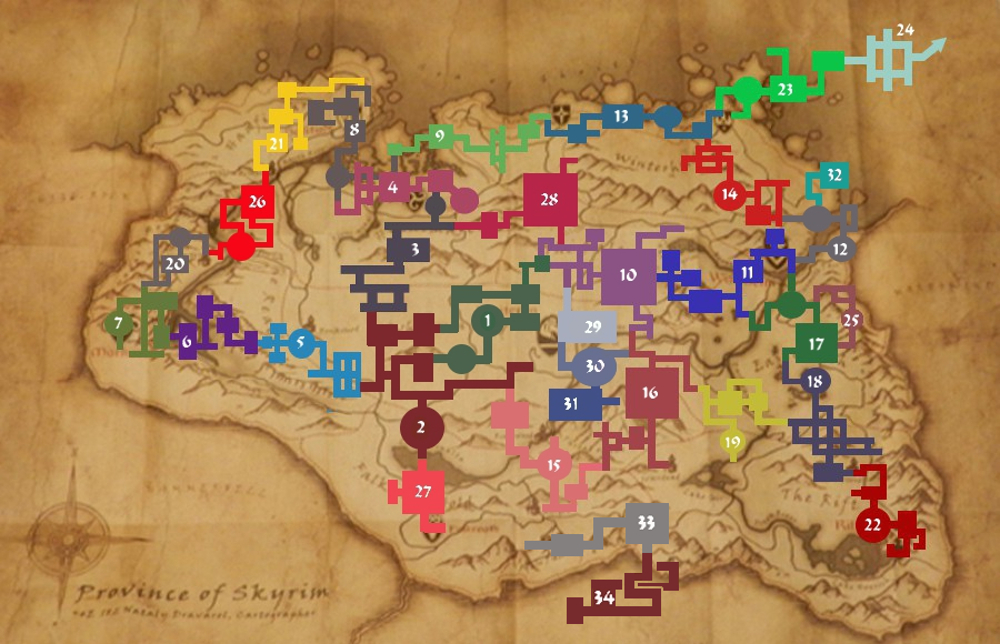